At Penn and CERN, my primary research goal was to see if the Higgs Boson behaved differently from what theorists expected by studying a rare decay called the 4-lepton final state. To give an idea of how rare it is, over the span of 2017, there were around 3*1015 (3 quadrillion) inelastic proton-proton collisions at the Large Hadron Collider. Of those, around 2 million collisions produced a Higgs Boson. Of those Higgs Bosons, only ~250 were predicted to decay to 4 leptons, which is only 0.00000000000083% of all collisions in the year. My thesis was a measurement of the differential cross section of the Higgs Boson in this 4-lepton final state.

The cross section is essentially a measure of how often the LHC creates a Higgs Boson. The Standard Model, our theory of the universe from the point of view of its fundamental interactions at the smallest scale, gives us a predicted rate of Higgs Bosons produced by the collider. We then measure how many Higgs Bosons actually are produced by the LHC with a particle detector called ATLAS, and we compare the two numbers to see if our theory is correct. A differential cross section measurement means that besides just counting the total number of Higgs particles made (called an inclusive cross section measurement), we also measure the properties of the Higgs Boson, like the Higgs transverse momentum and rapidity.

The Higgs Boson is unstable and will quickly decay into more stable particles after a fraction of a zeptosecond (1 zeptosecond = 10-21 seconds). We cannot directly observe a Higgs Boson in ATLAS. Instead, we look for one the decay signatures of the Higgs. In the case that I studied in my thesis, I looked for a Higgs that decays into 2 Z bosons, which in turn decay into two leptons each. We call this the Higgs to 4 lepton decay channel. 4 leptons in this case means that in the end, we see either 4 electrons, 4 muons, or 2 electrons and 2 muons in our detector. 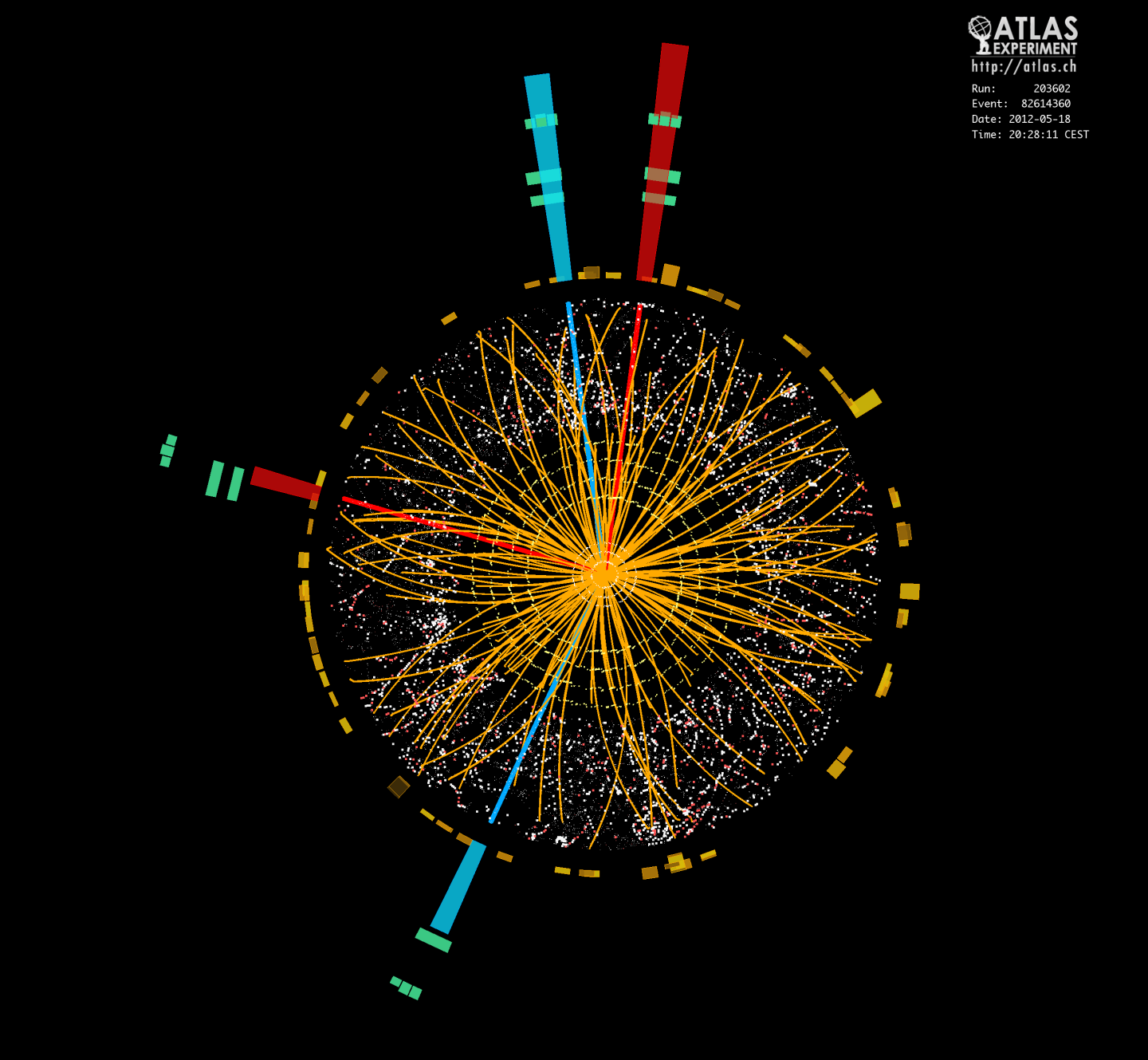 A picture of the Higgs Boson decaying to 4 leptons (4 electrons, here specifically). Source.

Part of my responsibility on ATLAS was the upkeep of the detector itself. Penn built the analog and digital chips on the ATLAS Transition Radiation Tracker (TRT), and I worked on the upgrade, maintenance and data acquisition integrity of the TRT. The TRT is a subdetector of ATLAS made up of over 250,000 straws filled xenon and argon gas, and kept at a high voltage. When a charged particle passes through the straws, it ionizes the gas, and the produced ions are attracted to the sides of the high-voltage straws. When the ions hit the side of the straw, they send an electrical pulse to a chip to signify that a particle just passed through the detector. The TRT is used in ATLAS to track the path of charged particles, as well as used for electron identification through the use of transition radiation.